Apple’s Swift programming language has excellent support for working with and consuming native Objective-C APIs. That language, however, has little to no applicability outside of Apple’s platforms. You are likely to find that you need to rely on lower level interoperability features in order to interface with cross platform APIs which are most commonly implemented in C or C++.

C is usually the greatest common denominator between whatever language your API is or will be written in and Swift. If you want to consume an existing C API, or are implementing a new one which can be used from C, you will find that the process is considerably simpler than consuming an existing API designed for C++ or some other high level language. Calls to such higher level languages will need to be wrapped in a layer of C using whatever interoperability features are available there.

Even Objective-C APIs can sometimes find this step necessary. Apple’s compiler will generally allow you to include C++ features and syntax in Objective-C source code, but it does so by considering such files to be written in an additional language which you might be unaware you are even using: Objective-C++. For most purposes the difference is transparent, but the Swift compiler is not compatible with this superset of Objective-C and you will need to generate header files for your API which do not include anything outside of the base Objective-C specification.

Once you have access to C compatible header files for your API there are two main factors that you will have to contend with to use them from Swift or to create an idiomatic Swift layer: type compatibility and memory management.

Integers are among the simplest types in any programming language, but there are a dazzling array of integer types. Many of these types have different widths in different platforms and contexts.

If you are using Swift 6 or later, you can utilize a set of C interoperability types which are now included in the Swift standard library. Additional documentation can now be found at that location on some of the other topics covered here. Swift’s Int and UInt types will be the same widths as C’s long and unsigned long in most cases but you should usually prefer to use the C interoperability types in Swift when available.

An even better option is to not use types whose widths are implementation defined. Swift presents a set of integer types with exact lengths which are detailed below, along with their counterparts from C’s stdint.h header.

Enumerations are ever present in APIs for good reason. Swift code can make use of C enumerations in included headers natively, but both C++ and Swift provide fuller featured enumeration types. These types offer better safety guarantees and a wider variety of backing types. Writing corresponding enum definitions in respective files is relatively straight forward:

You can then convert Swift enumeration values back and forth between UInt64’s like this:

And similarly in C++:

Basic structs defined in C header files will be usable as is and can be passed to and from Swift code as values. If you need to pass pointers to and from C APIs, or if your structs contain pointers, Swift will do its best to translate them into one of its equivalent types, of which there are more than a few.

Pointers to types which are declared in your C headers but not defined will be translated by Swift into its OpaquePointer class. Without the definitions present there is not much you can do to them in Swift other than store them and pass them back to the API.

Pointers to objects which Swift can represent (such as primitives or structs) will be represented in Swift by a set of generics, UnsafePointer<> and UnsafeMutablePointer<>. When pointing to C arrays of these objects, there are buffer versions of each of them: UnsafeBufferPointer<> and UnsafeMutableBufferPointer<>. Finally, all four of these types have an associated “raw” version which is not generic and is equivalent to C’s void*s: UnsafeRawPointer, etc.

These types will allow you to work with memory allocated in C or C++ and passed to Swift, but no automatic memory management or garbage collection will be performed on the memory they point to. They are essential for passing data from native code to Swift but you should be careful to make sure that any objects are deallocated after you are done with them.

In the cases of arrays and functions you will of course have to ensure that their component types are compatible with what the C function expects.

As mentioned above, there are several ways to pass pointers to Swift objects to C, but this is where some additional issues with memory management come into play. When passing objects which are dynamically allocated, you run the very real risk of passing data into your API which will no longer exist by the time it is used. Thankfully, the Unmanaged class provides some tools for these situations.

Unmanaged provides two static functions for creating instances from Swift objects: Unmanaged.passRetained() and Unmanaged.passUnretained(). The difference between the two is how the memory manager deals with the object your are creating the pointer from. Use passRetained if the C API will need to hold onto the reference for later use, but be warned that you will eventually need to manually release the object.

Once you have created an Unmanaged instance from either of these functions, you can use its toOpaque() method to yield an UnsafeMutableRawPointer which can be passed to a C function. 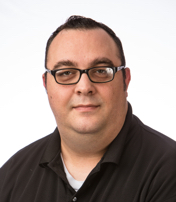 Daniel Rabiega joined Accusoft as a Software Engineer in 2018, where he contributes primarily to BarcodeXpress. Dan is a graduate of Millersville University of Pennsylvania where he participated in research on Programming Language Theory and Design as well as Scientific Computing. In his free time, he works on hobby programing projects and appreciating the Florida weather.