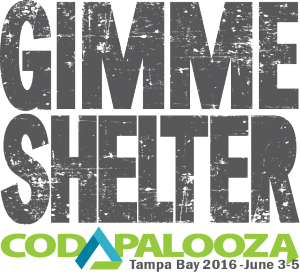 As part of the National Civic Day of Hacking, the Tampa Innovation Alliance hosted the Gimme Shelter Hackathon for Homelessness at the Crossover Church on June 3-5. Accusoft participated in the event with a team made up of VP of Customer Satisfaction, Chris Lubeck and Software Support Engineers, Zak Miller, Jeremy Smith, and James Waugh. The Accusoft team won second place in the hackathon competition with a ready-to-use web app that will help make the homeless census process more efficient and accurate.

After meeting with Antonio Boyd, COO of Tampa-Hillsborough Homeless Initiative (THHI), the Accusoft team learned more about the organization’s needs and built a web app that could replace the paper forms used by volunteers during the annual Point-In-Time (PIT) Census of the homeless. The organization can host the app with free software and access it from any device during their next PIT event. 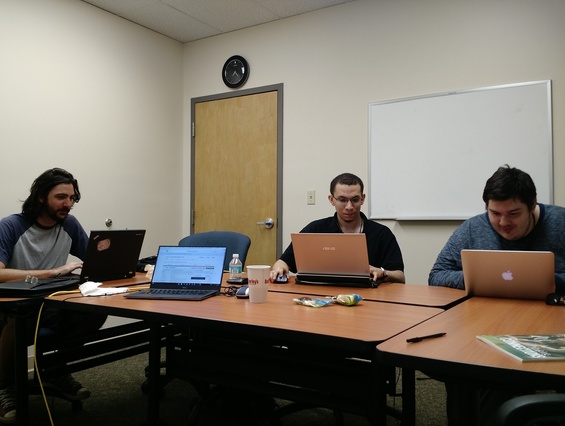 “The four of us had a great time working together to make something functional and learn as much as we could about the problem domain,” Chris says. “We all came away with a feeling of success and pride in what we had accomplished for some folks that could really use the help.”

The web app was complete enough to work by the end of the weekend. It takes in questions, makes some decisions based on the answers given, and then stores the information in a database for THHI to use for census purposes. Some additional work will need to be done to ensure that it is ready for their 350 volunteers to use.

Not only will the web app eliminate the need for paper-based surveys and manual data entry, but it also allows survey questions to be modified so that homeless individuals do not spend time answering questions that do not apply to them. This app will also reduce the number of volunteers needed in the survey process, thus cutting down on the time and resources needed to train new volunteers.

Looking Toward the Future

The Accusoft team has agreed to continue to help THHI finalize the software. They have committed to delivering a fully-functioning web app that the organization’s volunteer team can use in their next Point-In-Time Survey.

They will be working with the Tampa Innovation Alliance and the Gimme Shelter Project to finish working on the app during some Saturdays in October. The team may use the app that they’ve already built or try another approach, depending on what will best meet the organization’s needs.