How to Choose the Correct Barcode Type for Your Needs

With more than 30 different types of barcodes out there, it begs the question, “what kind of barcode type is best for my needs?” Below I provide some information that might help you answer just that. There are many different reasons why a company would use barcodes—security tracking, scalable inventory databases, or reduced employee training time—to name a few. For example, many online companies such as Amazon will only sell your product if it has its own unique barcode. With the different variations of barcodes it can be difficult to choose the correct one for your needs. Here we’ll explore some pros and cons of the most commonly used barcodes, so you can select the appropriate one to begin to reduce your overhead and improve efficiency.

EAN-13 (European Article Number-13 digits, aka International Article Number) is used all over the world for (but not limited to) branded products sold for retail, coupons, inventory, and refund receipts. Benefits for these barcodes include that the EAN-13 and EAN-8 are the accepted standard consumer barcode. As of January 2005, all retail scanning systems in the United States must be able to accept the EAN-13 symbol as well as the standard UPC-A symbol.Any software that is capable of reading an EAN-13 symbol will automatically be able to read an UPC-A symbol. The major differences between the EAN-13 and UPC-A is that the first two digits of an EAN-13 barcode represent the country code, where UPC-A only has one digit for location coding. The country codes represent the country in which the manufacturer is registered.

UPC-A (Universal Product Code) aka UPC code, is very similar to the EAN barcodes and shares the same use case with 12 digits. The UPC is one of the first barcodes used for retail products inside the US and Canada. This barcode is also used internationally.

Code 128 is designed to encode the lower 128 ASCII characters. A major benefit to this barcode is that Code 128 can be divided into three different subsets. These separate subsets would be the user’s preference of what characters would be included. For example subset ‘A’ would have digits, uppercase characters, standard ASCII symbols, and control codes; where subset B would have digits, uppercase and lowercase characters, standard ASCII symbols, and control codes. These barcodes are geared towards the non-point-of-sales products due to the ability to store such a broad range of characters. Code 128 also incorporates a checksum digit for verification and increased data integrity.

Code 39 is one of the most common symbols used worldwide due to being one of the first alphanumeric symbologies. Similar to Code 128, but with fewer character choices, Code 39 is a popular non-retail option. Unlike Code 128, Code 39 does not require a checksum, which in turn makes this attractive for applications where performing calculations may be inconvenient. 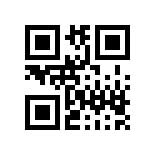 QR (Quick Response) Code is one of the few barcode types that allows encoding of Kanji and Kana characters. Since QR codes are a matrix barcode (two-dimensional) that are able to store very large amounts of data. QR codes are more commonly used to market products, ie. sharing a website link or even calling a number using a web-based messaging system. QR codes are a powerful tool for advertising your product or company. 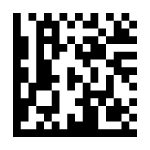 Data Matrix, similar to the QR codes, are also two-dimensional, which allows for encoding large amounts of information (over 3000 characters) using a variety of character sets (ASCII, C40, TEXT, and BASE256). Data Matrix has an error correction system in place that allows reading codes that are as much as 40% damaged.

Above I mentioned benefits and limitations of some of the more commonly used barcodes. I spoke about the benefits of the EAN-13 and UPC-A for retail, Code 39 for an alphanumeric option, and the two-dimensional barcodes, QR and Data Matrix for your marketing needs. To learn more about how you can incorporate barcodes into your applications, check out Barcode Xpress for more information.