Intro to Node.js: What is Node.js and Why Is it Popular?

To put it simply, Node.js is the server-side platform built on Google Chrome’s V8 JavaScript engine. This rapidly advancing platform shows up in a lot of places, and Node.js adoption and popularity continues to grow at a rapid pace. This makes it important for developers to know a little bit about it.

That’s why we’ve decided to create a series of blog posts that offer an introduction to Node.js, covering basic topics like what it is, what makes it different, and when you should use it. (If you prefer to watch instead of read, you may want to check out our Node.js: An Introduction video.) In this post, we’ll discuss what makes Node.js such a popular server-side infrastructure.

So you may be wondering, what’s so great about Node.js? Well, it has a lot of characteristics that have made it grow in popularity. Below, are just a few of the reasons why many developers love Node.js: 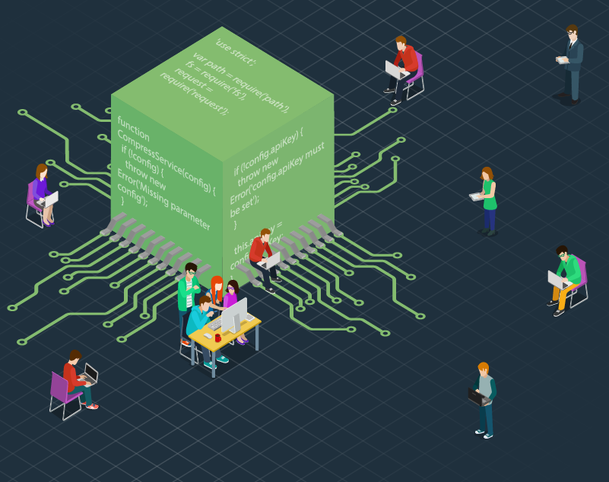 First off, the code you’re writing is JavaScript – the same JavaScript that everyone uses on their web clients. JavaScript has a very active developer community, second only to Java in number of questions on Stack Overflow. Stack Overflow questions on JavaScript usually have a lot of answers from people who actually contribute to the runtimes and engines, and those who are actively discussing how to improve the language. This has created a developer-focused community, which makes it easy for those who are new to the language or having trouble to find the answers they need.

Node.js is also cross-platform. Similar to Java, the Node runtime works on embedded systems, all standard variants of Linux and Unix, Windows servers and desktops, and Mac OS X. This means you can pick up your software, and as long as you’re careful not to write anything specific to the file system or structure that you’re expecting there, you can pretty much expect it to run anywhere. This is a huge benefit for portability and not having to write new code or implement new libraries.

Speaking of libraries, there are lots of libraries in Node.js! This makes for an extensive list of different modules that allow you to perform a variety of different actions, interact with different systems, or anything else you need to do. Again, this is one of the many benefits of having a large developer community where a lot of people are contributing code.

Yet another reason that Node.js is so popular is that there is a very small footprint for running it. This makes it possible to embed a Node runtime on low-power devices used for Internet of Things (IoT) apps, like a web-enabled home thermostat or garage door opener. It’s not a heavy system, so you can put it on something that’s embedded, small, and inexpensive. This makes it easy to run Node on a Raspberry Pi or Arduino board and do small automation tasks without having to worry about the bloat from the language.

As you can see, there are a number of reasons why developers like Node.js and adoption of the platform has rapidly increased since its introduction in 2009. In our next post, we’ll discuss all of the modules available for this platform.