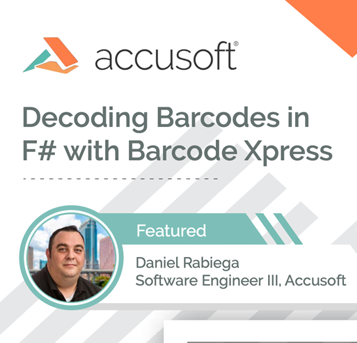 F# is a strongly-typed functional-first language developed by Microsoft to bring the paradigms and advantages of functional style programming into the .NET platform. Influenced by languages like OCaml and Haskell, F# allows programmers to write more concise, readable software while maintaining the advantages of a strongly static typed compiler. In this whitepaper, we’ll explore how to decode barcodes in F# with our SDK, Barcode Xpress.