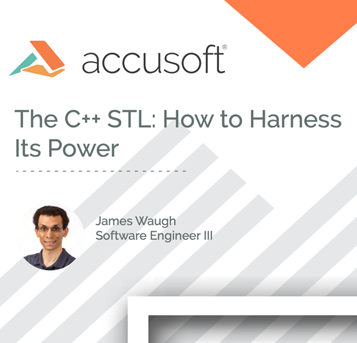 The C++ STL: How to Harness Its Power

Sometimes, as a software engineer, one has to deal with code we would rather not. This seems to be more exacerbated in C++, where it’s much easier to do the wrong thing and re-implement something instead of using what’s available to us by the standard library, especially the Standard Template Library (STL). In C++ in particular, it’s very easy to fall into the mindset that the STL “has nothing really useful” or “can’t do what I want.” But in reality, for a number of common, real-world algorithms and expressions, it’s a great toolset. In this whitepaper, I want to give a quick refresher on the STL, and show how proper STL usage could greatly simplify legacy code.