An important message to our customers about the current COVID-19/Coronavirus situation. LEARN MORE. 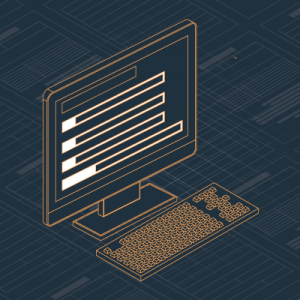 Accusoft Forms API v1.0 is a set of classes that encapsulates the implementation required to connect FormSuite components together to build a forms processing application. In previous releases of FormSuite, you had to code against the APIs of the components of FormSuite to build a forms processing solution. This could include coding against the APIs of FormFix, FormDirector, SmartZone OCR and ICR, ScanFix Xpress, and possibly other components sold separately from FormSuite. Furthermore, to maximize the performance of these components, you had to understand the best practice use of these APIs. Forms API removes this burden and implements a standard forms processing workflow using best practices of Accusoft’s form processing and recognition components.

We provide the API as both source code and compiled binaries (which will be used by FormAssist and the Forms Processing Server sample). The motivation to ship as source code is to allow you to reuse the API in a solution that uses an alternative forms processing workflow or other recognition engines.

Since the API does not completely wrap the FormSuite API, you’ll still have to interact with result objects from the FormSuite components. Also, you can optionally load and save form sets and form definitions using the FormDirector component, or it can leave all of this functionality up to the Forms API.

The Forms API wraps the details of interacting with the FormSuite components to make your forms processing application development easier.

We provide two demonstration samples to guide you in using the Forms API:

The individual forms processing activities may be represented by the following illustration:

FormAssist and the Forms Processing Server are primarily designed for demonstrating the underlying technologies; they are not production level applications. However, customers use these demonstration programs to create and test form sets for use in their business processes. Some customers use the C# source code as a foundation for their form set creation process or their production workflow, while others use FormAssist or the Forms Processing Server as their primary form set creation and processing applications.

So now you have a good idea of how the Forms API can help you in developing your forms processing workflows. For more in-depth information such as FormSet creation and processing, image processing, and results generation, visit the complete Forms API documentation. Have questions? Drop us a line at marketing@accusoft.com or leave a comment below.

The Power of External Digital Collaboration with M-Files