Running containers instead of virtual machines is becoming more and more popular. This is because Docker significantly simplifies deployment, reduces infrastructure requirements, and is very effective from a resource consumption point of view. If you want to add document viewing capabilities to your web application and benefit from the improvements Docker provides, then PrizmDoc Viewer Docker images are a great choice.

In a matter of minutes, you can get a local PrizmDoc Viewer demo working, open your documents, play with the viewer, and even proceed with prototyping your application code. As you move into development and then deployment, you will also enjoy the ease of both setting up and starting up PrizmDoc containers.

What You Get with PrizmDoc Viewer Docker

There are a lot of reasons why PrizmDoc Viewer Docker is a great choice, not just for evaluation, but also for use in development and production.

You don’t have to worry about specific OS requirements, conflicts with other software installed on the server, or differences between your development and deployment environments.

Starting up PrizmDoc containers only takes a matter of seconds. You don’t need to create and keep an image with pre-installed PrizmDoc to be able to start up a fresh instance quickly.

In the real world, users usually sleep at night, and work with documents during daytime office hours. Even if your customers are healthcare organizations working around the clock, or are distributed across multiple time zones, the load on PrizmDoc servers will vary throughout the day and throughout the week. To reduce computing costs, you will likely start up PrizmDoc instances when the load increases, and recycle them when the load decreases. Using Docker-based PrizmDoc Viewer allows you to start up instances quickly and easily.

Although PrizmDoc services have internal machinery for keeping themselves up and productive, there can still be cases when things go wrong. If a PrizmDoc instance reports itself as unhealthy, it is best to simply delete it and start a new one, which is also easiest using Docker.

Since the production version of prizmdoc-server keeps its cache on the host file system, the cache will not be lost when the unhealthy container is deleted, and can be picked up by the fresh container.

Here at Accusoft, we stay in touch with customers, whether we are working on new features or fixing bugs. With Docker, you can easily pull and run preview versions of PrizmDoc Viewer images to try our new features and fixes.

To get started with Dockerized PrizmDoc Viewer, we suggest you try the accusoft/prizmdoc-viewer-eval image. It combines the complete PrizmDoc backend and a demo web application in a single image.

All you need for this is a Linux, Windows, or Mac system with at least 2 CPUs, 8 GB of RAM, and Docker installed. Note, if you are using Docker Desktop for Windows, make sure it is switched to Linux containers.

Open your terminal and execute just two commands to run this evaluation container:

Please note that the environment variable ACCEPT_EULA=YES indicates that you have accepted the PrizmDoc Viewer license agreement.

Once you see “Application running at http://localhost:8888” in the console, open this URL in the browser to see the demo page: 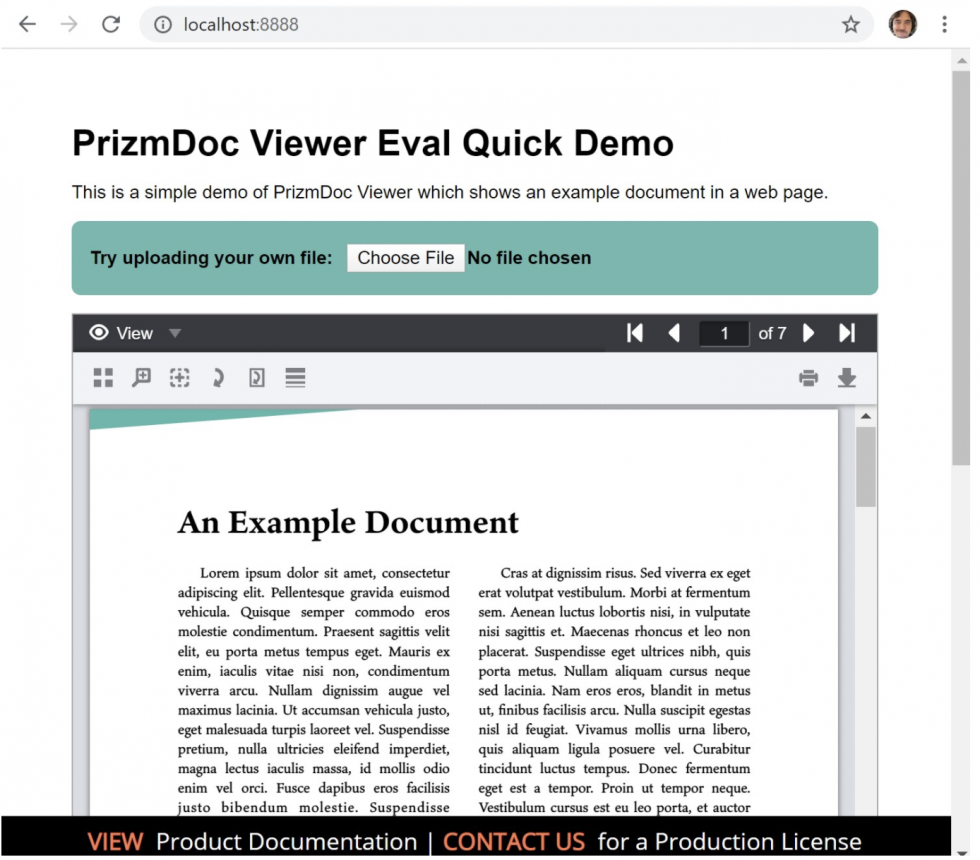 The demo is running in evaluation mode with a fixed-feature set. Please refer to the accusoft/prizmdoc-viewer-eval DockerHub page for complete instructions on how to unlock all PrizmDoc Viewer features for in-depth evaluation.

Please note that the accusoft/prizmdoc-viewer-eval image is suitable for evaluation only, and you will need to use production images for development and deployment. We will touch on this in more depth in the next section. Download the rest of this technical whitepaper to learn more. 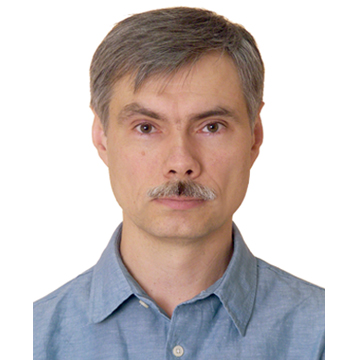 Dmitry Shubin graduated from the Moscow State University with a Bachelor’s degree in Computer Science and a focus in computer graphics. He joined Accusoft in 1996 as a software developer for the ImageGear product and contributed in many areas including core design, graphic file formats support, and image processing. Dmitry is currently working on PrizmDoc Viewer. While mostly contributing to the product development, Dmitry is also passionate in sharpening the test suites. Away from work, Dmitry enjoys travelling, hiking, and playing his guitar around a campfire. 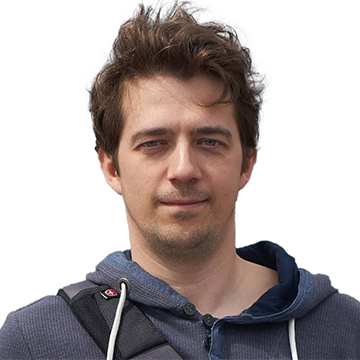 Ilya Shestakov began his Accusoft career in 2014 as an engineer on the PrizmDoc Viewer team. With a Bachelor’s of Science in Applied Mathematics,  Ilya has contributed to the development of both backend microservices and front-end. In his spare time, Ilya enjoys running, snowboarding, and playing board games with his family.