As digital services become more commonplace across the economy, speed and convenience are more important than ever for companies seeking a competitive advantage. Complex transactions are now expected to be as seamless as possible, and disruptions or delays of any kind can easily cost an organization valuable business.

These pressures have extended even to the legal industry, which has proven to be resistant to technological innovation over the years. Legal firms and departments that cling to established ways of doing business are now finding themselves under pressure from more innovative competitors. Fortunately, a new generation of LegalTech applications are delivering contract automation tools that are helping the industry step into the future. 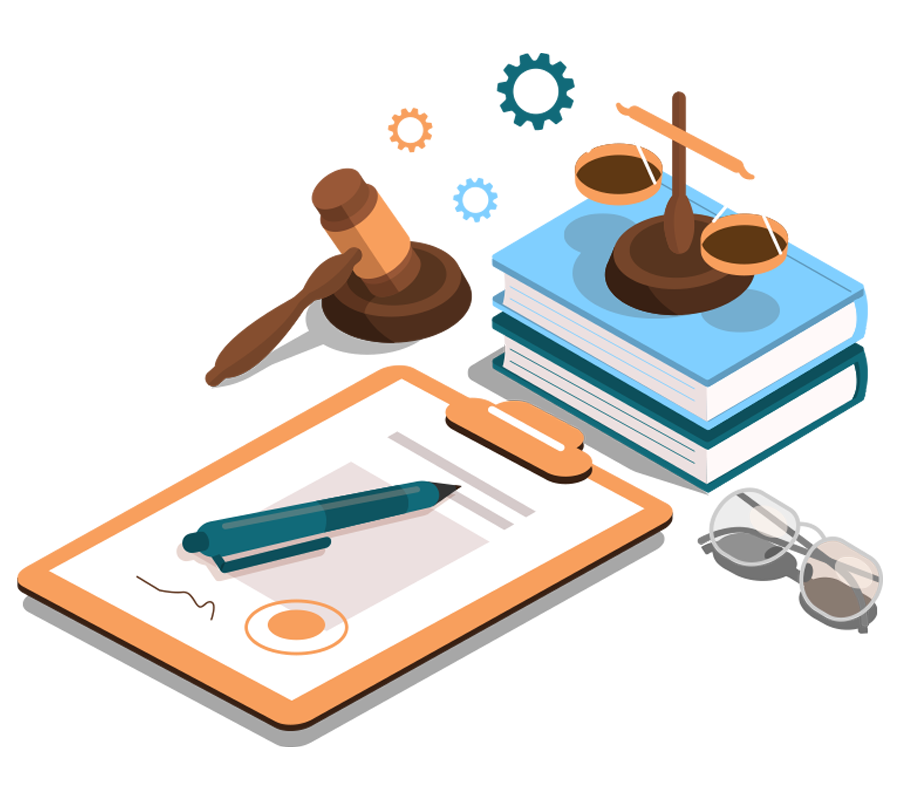 Do you have the essential document assembly features in place?

Contract creation continues to be a vital process for organizations even as they undertake ambitious digital transformation initiatives. Whether they come in electronic or physical form, contracts are essential for establishing terms of engagement, resolving disputes, and finalizing sales agreements. Whether it’s a small business dealing with only a handful of contracts or an enterprise managing tens of thousands of them around the world, having the right processes in place for creating those documents is essential for driving efficiency and productivity.

Unfortunately, contract creation processes are lagging behind other digital transformation efforts in many organizations. Research has found that 67 percent of legal departments and firms are still using outdated, manual practices to assemble and edit contracts.1 This failure to adapt has some significant consequences. In the first place, it’s resulting in a waste of time and resources. The average business spends almost $7,000 taking just a basic contract from the first draft to final signature.2 Spread those expenses over multiple contracts, and the cost adds up quickly. More importantly, spending valuable time on assembling contracts manually translates into lost productivity and missed opportunities.

Without implementing document assembly tools as part of a streamlined contract automation process, organizations will struggle to scale effectively and respond to shifting priorities. LegalTech developers can help promote more efficient practices by incorporating programmatic document assembly and editing for contracts into their web-based applications.

Learn more about the benefits of contract automation »

Part of the reason many legal organizations continue to use manual contract creation processes comes down to familiarity and the tools at their disposal. They’ve used word processing applications for many years to cut and paste clauses into contract templates, then sent those documents over email to various collaborators and stakeholders. This process may have the benefit of being familiar, but it poses a number of problems.

Drafting a contract from scratch is a time-consuming process. According to Forrester research, the typical company takes 2.6 days to draft a contract, with some taking five or more days.3 Unfortunately, the average customer expects that process to take only 1.2 days, which can often result in lost opportunities.

Research has repeatedly demonstrated that even highly-skilled workers make an average of three to six errors per hour. The stakes are high in contract assembly, where even a minor scrivener’s error or copy/paste mistake can have profound legal consequences for an organization. Nearly 75 percent of businesses admit that these errors frequently affect their contract process, resulting in wasted time and potential liabilities.4

Find out how programmatic assembly reduces errors and enhances value »

Although the terms document automation and document assembly are often used interchangeably, they have distinct meanings within a LegalTech application’s contract management workflow.

Document automation refers to the end-to-end management of contract creation, revision, and final approval. It determines how documents make their way through each step of a workflow so that multiple contributors can collaborate on a contract. Automation solutions provide rigorous controls to manage who has access to a file and what sort of changes or comments they can make. It frequently incorporates the viewing, editing, and asynchronous sharing tools that keep the document within a secure application environment without creating version confusion. Once the contract is finalized, digital signature tools can be used to sign the document and deliver it securely for printing or storage.

Before powerful cloud platforms and API integrations were developed to facilitate automated workflows, the term “automation” was frequently associated with the process now known as document assembly. By using document templates that contain several variable clauses or conditional text, document assembly software can quickly swap out content to generate new contracts quickly. Modern document assembly tools can even draw data from other sources, such as customer databases or form submissions, to populate fields within a contract template. This allows the software to generate a new contract without anyone having to open a file or even look at a document beforehand.

Since a document automation workflow removes multiple manual touchpoints from contract creation, it inherently reduces the risks associated with the process. In the first place, contracts move quickly through the assembly process, which minimizes the chance that someone may leave an important step unfinished or forget to add a particular clause that could be relevant to the contract.

Contract automation also offers some protection against the two primary categories of human error. The first of these are skill-based errors, which commonly occur whenever tasks are repetitive or overly routine. They are usually committed by people who have the necessary skills to perform the task, but fall victim to distraction, fatigue, or carelessness. Mistakes, on the other hand, are more commonly associated with less experienced or improperly trained employees. They usually consist of people using the wrong process or failing to adhere to a clearly-defined policy because they don’t know about it or don’t understand it.

Automating key aspects of the contract process, especially the document assembly portion, reduces the opportunities for these forms of human error to occur. This has the side effect of improving security, as there is less of a chance for someone to take an action that might endanger sensitive information. Since contracts remain stored safely on an organization’s servers, administrators can strictly control who has access to them during the editing process.

Learn why automation is the key to reducing human error »

With the right software integration, the document assembly progress can be handled programmatically with just a few API calls. Everything begins by uploading a contract template to a server. The template will typically differ based on the type of contract that’s needed, but should include multiple field placeholders that can be filled in with the appropriate information when the contract is put together.

After the template is uploaded, a simple API is used to initiate a request to locate fields like company name, phone number, and date so they can be replaced with the appropriate information. This completely bypasses the error-prone copy/paste process that’s so often used with manual document assembly.

The same procedure can be used to programmatically insert commonly-used contract clauses in the correct format. In these instances, the contract template should contain content markers that indicate where paragraphs or other clauses should be placed. After the changes have been made, the document can be shared for review. However, not every person viewing the document may need authorization to make edits to the draft contract. In such cases, the document can be shared in a view-only mode, which will allow them to view changes but not actually add or remove anything from the contract.

The same document assembly features that make it so easy to build a contract programmatically can also be used to ensure that the document is ready for review. A text search API is the best way to quickly scan a document to locate important language or clauses, which is particularly useful after changes have been made.

Unlike searching for text in a conventional word processor, document assembly APIs can support fuzzy text and regular expression searches in addition to exact matching. This provides them with substantial flexibility when it comes to locating the specialized legal language so often featured in contract clauses.

Programmatic search is also effective at locating unresolved comments and redlines. Instead of having to switch between multiple applications to perform searches and manually scan through contracts, a simple API call can search all document content within a centralized workflow.

LegalTech developers can deploy document assembly tools in a variety of ways to automate contract workflows and support innovative artificial intelligence technology. Although today’s powerful applications can perform a variety of contract review functions, right down to recommending language to include and providing help text to explain legal concepts, they don’t always have the ability to work with multiple file types or actually insert content into the document itself.

Document assembly integrations that can programmatically search and extract text from a document so it can be analyzed by AI sifters form an essential link between an application’s potential and it’s real-world performance. The same integration can also help the AI-powered software to insert text where it’s needed and track changes over time. Once the review process is completed, inserted comments can be resolved, unresolved, or deleted as a batch before a final agreement is saved and prepared for signatures.

Read about how to successfully implement document assembly »

Building a modern contract automation platform is a complex undertaking, even for a developer with abundant resources. A great deal of time and effort goes into building the AI and machine learning tools that make automation software faster and more efficient. Rather than building document assembly features from scratch, developers typically turn to open-source toolkits or cloud-based services. Unfortunately, this often creates more problems than it solves.

Open-source solutions often require a huge investment of time and development resources just to get them working adequately, much less as effectively as needed. They are also prone to security vulnerabilities that could pose significant privacy risks to LegalTech applications. Cloud-based document tools, meanwhile, come with a range of control challenges, ranging from entrusting a third party with private data to the lack of effective version control features that prevent users from downloading or editing documents.

Dedicated document assembly API integrations, on the other hand, allow developers to implement stable and secure features without compromising securing or control. A dedicated API solution has the benefit of being easy to implement and customizable to meet the application’s needs. It’s the most efficient way for developers to add powerful document assembly features to their contract automation solution so they can get to market quickly and make the most of opportunities.

PrizmDoc Editor is a white-lable solution with a fully-customizable UI that can be modified to match any application’s branding. Download a free trial today as an executable Docker container to see how easily it integrates into your application environment.

Discover the power of PrizmDoc Editor »