Here at Accusoft, each product has its own, special solution for continuous integration and, in some cases, continuous deployment. One of our newer products, PrizmDoc Editor, has taken a new approach to this and utilized the GitLab CI tool built into GitLab. This new approach has allowed us to have an amazingly small turnaround time for fixing product bugs and issues and getting a better version to the customers in far less time. For this product, GitLab CI was an obvious choice due to our monorepo and already having our repositories hosted in GitLab. This being our first product to use the GitLab CI tool, the structure put into place for the PrizmDoc Editor project has also been a guideline for some of our other PrizmDoc products as well.

For those unfamiliar with GitLab CI, it is a tool that is fully integrated into GitLab for the purpose of continuous integration, continuous delivery and continuous deployment. The premise is that every time code is checked in, a pipeline of scripts is automatically run to build, test, and validate the code changes before merging them into master. For more information, check out the marketing website and documentation.

Essentially, what you need to know is that in order to run tests through GitLab CI, you need to have at least one GitLab instance and at least one GitLab runner. A pipeline is split into multiple stages and each stage has one or more jobs. Jobs are the collection of instructions outlined in a .gitlab-ci.yml file that the GitLab runner executes in order to build, test, or deploy code. Stages are gated when run automatically (the next stage does not start executing until the previous one has finished and passed) unless otherwise specified. All jobs that belong to a single stage execute in parallel when that stage is running.

Our GitLab runner is shared between multiple projects and exists on an always-on Ubuntu 18.04 virtual machine that uses docker-machine to spawn up to ten Ubuntu 18.04 Openstack instances with docker installed on them.

In the rest of this article, we will go over the six stages of the manual pipeline and how it differs from the master pipeline. Download the rest of the article here to continue reading. 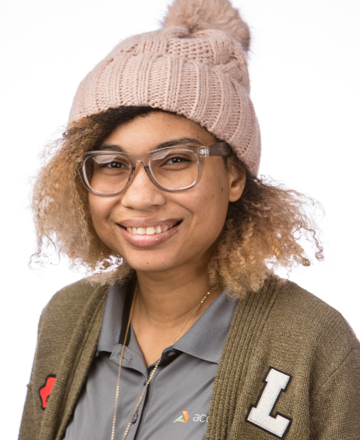 Kyla Kolb, Software Development Engineer in Test (SDET) III, has been with Accusoft since November 2017. She is a graduate from the University of South Florida with a Bachelors of Science degree in Computer Science with a main focus on cyber security and mathematics. Though she is early in her career, she prides herself on advocating for quality, best testing practices, and test automation. She has spent her time at Accusoft with the PrizmDoc product with her current main role in PrizmDoc Editor. In her spare time, Kyla enjoys crafting, costuming, wood working, and weight lifting.